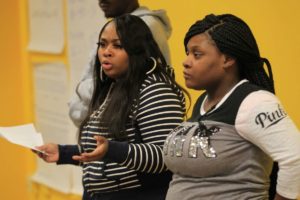 As I read through the comments that some people made about the article and the Mothers Day effort, I found myself both sad and angry at the arrogance of these rule of law advocates who thought this crowd funding project was immoral or illegal. Why on God’s good earth would anyone object to that?!

I’m having some conversations with my conservative friend, Janie, about the rule of law. She is not one of the above arrogant complainers (and she cautions me not to judge all Conservatives based on the Internet comments of some. Point taken.)

But I keep asking: where are the other calm, rationale, compassionate Conservatives?

Where is the conservative outcry when police officers overstep the bounds of the law? Police violence has been well documented recently, and violence against our Black and Brown brothers and sisters is rampant.

Where is the conservative outcry when white business owners side step the rule of law in order to hire undocumented workers and then abuse and mistreat them? The trafficking of immigrant women and girls is a huge and ugly shadow side of American life. A recent class action suit even claims tens of thousands of immigrants detained by U.S. Immigration and Customs Enforcement (ICE) are being subjected to a modern day slavery.

It seems all too clear that our society’s persistent, pervasive racism is a factor in their silence.

Liberals also believe in the rule of law; of course we do. We all want to live with appropriate rules that provide order and safety within our society. But progressives see clearly our American penchant for inequity. 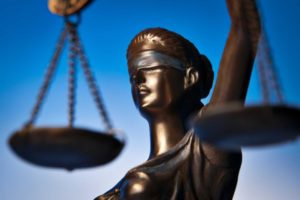 Law that is not balanced with mercy is not justice.

I hear some of my conservative friends complain because they don’t hear stories about moderate Muslims speaking out against radicals that use the cover of their religion to perpetuate violence. I keep responding to those accusations out of the abundant and easily accessible evidence to the contrary.

But where is the conservative outcry against blatant and violent abuses of the rule of law? Maybe there are conservative voices speaking out and I’m just not hearing very much of it. I challenge my conservative friends to prove me wrong. 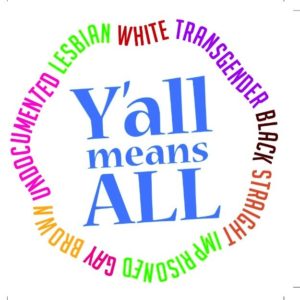 ll. If the rule of law is to be a core principle by which we order our society, then it must be applied equitably and compassionately to all. If we say America is about “liberty and justice for all,” then we must make sure that “all means ALL.”

9 thoughts on “The Rule of Law: A Challenge for my Conservative Friends”