Years ago, as a brand new minister, a woman in my church told me she had been sexually assaulted. I did not believe her. I knew the man she was accusing: a kind hearted, hard working regular guy. I just couldn’t believe he would do something so horrific so I took his word over hers.

That terrible mistake still haunts me.

It took immense courage for her to come forward and tell me the things she had experienced. The truth was painful and embarrassing and humiliating.

It took an immense cowardice for him to deny it. His lying was a self-serving, self-protective survival response. But it didn’t save him from the truth. 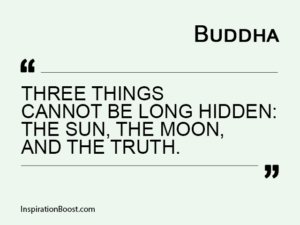 Truth will always come out.

There is a current avalanche of accusations in recent news cycles, tales that range from inappropriate to criminal about the sexual improprieties of powerful men

What is your reaction to these accusations?

Do you find yourself automatically defending the men and dismissing (or even accusing) the women? Warning flags ought to leap into your consciousness if such a bias is part of your default response.

Do you find yourself believing the women and demonizing the men? This too is a bias. All women are not blameless and all men are not to blame.

The truth is that this issue is about more than men and women; this is about truth and lies.

The truth is that men and women are good together. We complement each other and every society needs both feminine and masculine gifts and perspectives.

The lie is that any human being has free rein to disrespect and diminish any other human being.

The fragmentation of our society does not exist only within our social relationships, it exists within each and every one of us. We all are both-and: good and bad, right and wrong, truthful and deceitful. We all are victims of our inescapable human brokenness.

I saw this clearly in the church friend who spent several years in prison paying for his crime of sexual assault. He remained a kind hearted, hard working, regular guy who did a terrible deed. He has worked hard to repair the damage and his rehabilitation is real. His turning point was when he found the courage to admit the truth and own up to it, as painful, embarrassing and humiliating as that truth was.

I saw this brokenness within myself as I bungled the pastoral care for a woman who deserved my trust and should have had my support. Admitting my own failure has humbled me and made me a better minister and a better human being.

Abusers must own up to the ugly truth and begin to repair the damage they have done. Both to others as well as to their own souls. If they refuse, the rest of us must persist in calling them out and protecting their victims.

The current avalanche of accusations tells me more and more women are finding the immense courage required to speak up and bring truth to light.

One voice empowers another. 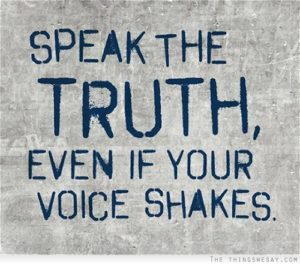 Many voices raised in solidarity can change the American conversation.

That’s what I’m hoping for: a public conversation about identity, integrity and sexuality where mutual respect guides us toward partnership and common purpose.

Helpful research and analysis from the Barna Group.