I used to never, ever read the comments people make in cyberspace. We’ve all heard how toxic the conversation can be when commenters get to say whatever they want with the safety of distance and anonymity of the internet.

But now I read the comments and – besides the ugliness – I’m discovering some hopeful respectful connections in places I never would have imagined.

I volunteer with Coffee Party USA and one of my jobs is to post blogs and articles to our Join the Coffee Party Movement Facebook page. 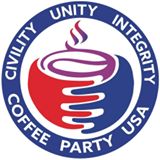 A dozen of us editors keep the page populated with content we believe is worthy of discussion, every hour on the hour, 24/7. Our Coffee Party Facebook page has over a million followers and we volunteers take our work very seriously. The things I post usually don’t garner much attention since I circulate articles that encourage people to disagree agreeably, to respect differences and to collaborate constructively.

In today’s polarized, angry culture, you can bet a message of civility will fall on deaf ears much of the time.

But I had an experience recently on our Join the Coffee Party Movement page that completely blindsided me. I had scheduled an article to publish at 7 a.m. and by the time I had my coffee and checked in to Facebook at 9, the post had brought in over 500 comments and at least that many shares.

So what was this article that got so much attention? Actually it was just another message asking us to disagree agreeably and respect differences. But this one hit a nerve. Maybe in part because of the title:

Liberals aren’t stupid. Conservatives aren’t racists. The people we disagree with are not our enemies.

The essay is written by Marc Thiessen, a self-described conservative who writes for the Washington Post. His opening story talks about his mother who is a proud liberal and so he was bold to call out his fellow conservatives for some unfair characterizations that cast his own mother as “the enemy.” Thiessen’s essay goes on to critique some liberal unfairness as well so, all in all, it’s a balanced plea for all of us to disagree agreeably.

OMGoodness! The backlash from my fellow liberals was amazing! Not “amazing” in a good way; rather I was amazed that progressives who consider themselves to be open minded and tolerant would respond with such closed minded intolerance. “Of course conservatives are racist” and “yes conservatives are the enemy” were common remarks from our readers on the left. Never mind that the article itself called out folks on the right for doing the very same thing.

As we do at Coffee Party, I went through the comments, moderating and deleting the most egregious insults. On our Join the Coffee Party Movement page, people don’t get to say whatever they want; we hold our commenters accountable and we work hard to provide a safe space for people to actually engage issues and disagree agreeably. On this particular day for this particular post, providing that “safe space” required hours of monitoring by several of us Coffee Party editors.

The irony of this experience was especially vivid for me as I left cyberspace and returned to my family. In the Vaughan/Coyle family, as in many families, we cover the spectrum. My family is right, left and in between and we have worked hard to maintain our relationships within this toxic political climate. Just as Mr. Thiessen’s mother is not his enemy, we refuse to be enemy to one another.

For awhile, the experience in cyberspace discouraged me; (actually the negative comments still make me very sad.) But then I discovered some of the hopeful respectful connections that have reached far beyond our own little Facebook page.

As I write this several days later, the article is still generating comments, but more significantly, it is being shared and shared again. Over 4,000 shares by people who join me in believing in a vision of people who can disagree agreeably, respect differences and collaborate constructively.

When I told my family about the Facebook experience, we all had to laugh out loud at one comment: “Enough of this centrist BS,” he said.

No sir, there is not nearly enough “centrist BS” yet; we need lots more voices speaking out from the center in order to counteract the divisive voices coming from the extremes on both the right and the left. 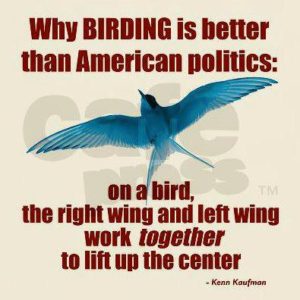 In spite of all the disagreeable comments, the 4000+ shares show me there still are many many of us who will persist in carving out space for us to cohabit in the middle. One of those who shared the article said this: “Excellent column on how we’ve allowed politicians, with their own agendas, to drive a wedge between us, for their own gain.”

Indeed. And it’s high time All of us call BS on All the various dividers and come together as “one nation, indivisible.” This is what we say. Now let’s do it.

12 thoughts on ““Enough of this centrist BS” ? No sir, Not Nearly Enough”