Growing up in the South – a woman who was taught to stay in her place – it was men who enjoyed all the privileges of power. Within the male/female hierarchy, I certainly was not encouraged to believe I had any special privilege. It took stepping out of my “place” and looking at my life from a whole new perspective to be able to see that – yes, even while living within all the various limits of my  Christian White Southern Woman Box – I was still a part of the dominant culture; I still live with unearned, undeserved privilege. Just because I didn’t see it doesn’t mean it’s not there. 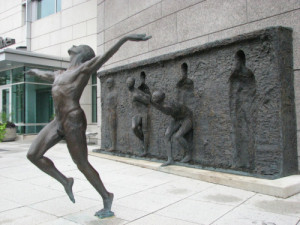 Like gravity, the invisible status quo of our culture tends to keep all of us in our “place” until we figure out how to see it, name it and stand firm against its insidious hold on us.

Everywhere I turn, I see other people saying the same thing. Many of us are becoming more and more aware of the favors society gives us just because of the color of our skin. It’s embarrassing.

Jim Rigby posted on Facebook how he, like me, was “taught a white version of history, a white version of beauty, and was saved by a white savior. I could not see my racism because it was the lens through which I was looking at everything else.” The very next day Jim blogged (with his tongue firmly in his cheek): “How do you know America is post-racial? Because a bunch of white people will come onto your Facebook and shout down anyone who would suggest otherwise.”

Matt Zoller Seitz is the Editor-in-Chief of RogerEbert.com and a TV critic for New York Magazine. He tells a story of a very stupid fight he started outside a bar, and then the undeserved wink and nod he got from the Dallas police as the Hispanic guy went off in handcuffs. Matt knows, because he has taken the lens off, that different rules apply to him than to so many others.

After the events in Ferguson, quite a few thoughtful writers burdened with their own privilege wondered what they could do. Rachel Held Evans said we are “not as helpless as we think” even though racial reconciliation is a “hard discouraging road.” Janee Woods wrote a much shared reflection on “12 Things White People Can Do…” When the Public Religion Research Institute published survey results revealing that most white people don’t have very many friends of color in our social networks, the blogosphere came alive with discussion.

Franciscan priest Richard Rohr relates his story of finally recognizing his own white privilege and finding ways to dismantle it. His summary of what perpetuates and sustains white privilege: “Self chosen illusion and 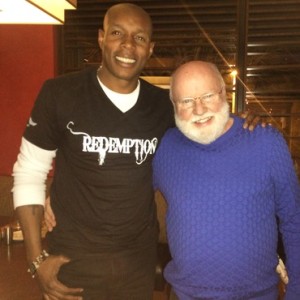 denial, softened and sustained by too easy comfort.”

(Father Richard is deeply wise and his recent interview with Romal Tune is well worth reading.)

So are we favored white folks going to sit by and continue to allow America be what America has been? Or is this the time when we finally step up and really work for a more equitable America?

I can’t stop the culture from gifting me with undeserved privilege, but I can find ways to increase the privilege and opportunities of others who live within my sphere of influence. I can’t change the fact that my skin is light, but I can stand against the insidious notion that white is the ideal and cultural norm. 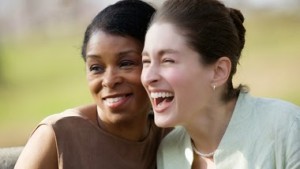 Working to change entrenched systems is not quick or easy, but when enough of us discard our blinders of privilege and open our eyes to the realities of inequity within our society – a reality in which too many of us are too often complicit – then and only then can we truly be partners and allies in this effort for a just America.

The “System” may try to keep us in “our place,” to keep all of us in all sorts of “boxes” that define us and divide us.  But we don’t have to give in to that status quo. Breaking out of those boxes and standing together can be our salvation.

“break free out of your mold” sculpture by Zenos Frudakis

6 thoughts on “Privileged? Who Me?”