I hear you won the Iowa Caucus on the Republican side. Your political savvy seems to have been successful with white Evangelical voters. I’ll be curious to see how your message resonates within our more diverse populations. You do remember that the United States of America is a highly diverse nation, right?

We are not only Red and White, but we are Blue and Black and Brown and Gay and Straight and Rich and Poor and Old and Young. 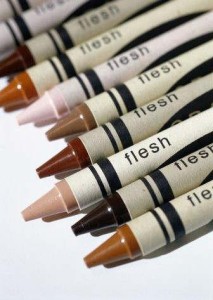 I’ve written numerous times before about the multiple ways you and I disagree on many issues. I’ve written as a Texan and as a Christian – things we have in common. It’s unfortunate that some people paint all us Texans and Christians with a very broad brush, mistakenly believing all Texans are bigots and all Christians are fundamentalists.

No! There are many of us who live in Texas who are not at all like you. There are many of us Christians who live out our faith in ways that look completely different from the version of faith you practice. We are people who applaud the justice of marriage equality and support the important work of Planned Parenthood and are angry that our neighbors are deprived of the assistance Medicaid expansion would allow in our state. In order to actually “represent” us as Texans in the U.S. Senate, then you should at least acknowledge our concerns and honor the contributions we make to the public conversation. In order to wear the name “Christian,” then you should join us in the authentic practice of loving our neighbors – all our diverse neighbors.

When you began your speech after the Iowa Caucus, you said: “To God be the glory…” I have to ask what this means to you.

Do you think God is glorified by your winning? Will you also give God glory when you lose? 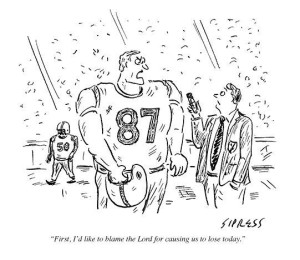 Do you think God is glorified with your message? Do you really believe God is honored with a message of vindictive violence? (“Carpet bombing” until the sand glows in the dark? Really now Senator Cruz!)

As a Christian minister, I say No! Winning a Caucus, winning a football game, winning a war does not bring glory to the God who is Creator-Redeemer-Sustainer of all that is. The witness of Scripture again and again claims God is for the weak, the lost and the left out, while the rich and the powerful, the “winners” in every society are held accountable for the ways we treat “the least of these” among us.

I say No! Violence is not the way of the Christ whose name you wear. Have you forgotten the central image of our faith: the cross? Jesus’ pacifism stands in stark contrast to your irresponsible war mongering.

The Raven Foundation does excellent work advocating for non-violence and making the case that the intentional practice of peace is the only way we can save ourselves from the spirals of savagery to which we humans are so prone. A recent essay by Adam Ericksen should challenge you and all Christians – especially those who call themselves “Evangelicals.”

“To God be the glory,” a victorious Cruz proclaimed to a cheering crowd in Iowa. But I can’t help but wonder – what God is Ted Cruz and his evangelical supporters talking about? Because “Hey! Good News! We just carpet bombed the hell out of you,” sounds a lot more like the gods of ancient Rome than the God of Jesus Christ.

As long as evangelicals proclaim faith in Jesus as their Lord, but continue to believe in violence as the way to peace and security for the United States, they will suffer from an identity crisis. And rightfully so, because that combination is not the Good News.

Senator Cruz, I pray you will discover the beauty of unity in diversity if you would seek to lead this nation. I hope that one of these days you will realize the upside-down power that comes from the practice of peace.