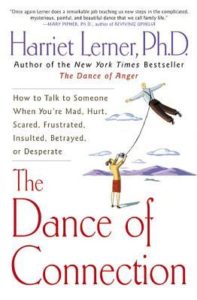 Whenever any one person takes positive steps to change unhealthy patterns, everyone in the system is also forced to adjust. Lerner points out that even “good” change can be uncomfortable because the behavior patterns of the system become unpredictable and unfamiliar. Thus the demand: “change back.”

What we know is comfortable and what we are used to is predictable. But that which is unfamiliar is disorienting, distressing and distrusted.

A woman who has been abused begins to stand up to her abuser. A man who has been drinking or doing drugs gets sober. A teenager who has carried his parents’ shame learns how to become emotionally independent. An employee who took responsibility for every problem in the office steps back and lets the boss deal with her own consequences. Whenever anyone takes positive steps to change embedded patterns within a system, there often arises a demand to “change back.”

I’ve been remembering Lerner’s insightful work while I’m processing what has been happening in our American society lately.

Here is my take at this point in my process of trying to understand:

America is coming of age. In the past, white male patriarchs have been in charge of all our institutions, governments, businesses and churches. In recent years, more and more of us have been growing into leadership and stepping up to a much fuller participation in our society than ever before.

People of various ethnic, racial and cultural backgrounds are more than ready to share power and to move from the sidelines to the frontlines. We are not children needing a patriarch’s protection. We are mature and fully capable of the full range of participation and leadership. It is time, we say; it is high time.

So the face of American power and influence is changing. We are increasingly White and Black and Brown. We are increasingly male and female, straight and gay, Christian and non-Christian, conservative and liberal. As we mature, America moves away from a neat, homogenous reality and embraces more and more social complexity.

I consider the recent changes within America’s social fabric to be good and healthy. More people are empowered. More people are included. I see this as positive change. In 2008, we called this “change we can believe in.”

But clearly not all of America is ready for this new reality. As some parts of our American social system have changed, other parts feel uncomfortable because the behavior patterns of the system have become unpredictable and unfamiliar to them. As it turns out, change that I-can-believe-in is way too much change way too fast for way too many of my fellow Americans. “Change back!” they cried in 2016.

As a pastor, I was trained in Systems Theory. In this approach to counseling families or working with churches, we seek to discern how various people in a group function in light of how the entire system works. 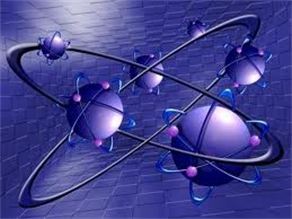 We can’t separate the two; the part and the whole are deeply intertwined.

System Theory prepares counselors and leaders to recognize the fearful, knee-jerk “change back” reaction. We are taught to provide a calm, non-anxious presence in the midst of what-feels-like chaos. We are schooled to keep our focus on the big picture and to help those within the system adjust and adapt to the inevitable changes that growth always brings.

The American reality is dramatically different today than it was in 1776 or 1950. Social change has happened and we can never go back. Even so, the hue and cry to “change back” was strong enough to create a new and different political reality in today’s America. (I fear the movement to “change back” ironically will create some unimagined, undesired changes that will surprise these reactionary voters.)

So in the days ahead, I’m challenging myself to be a calm, non-anxious presence as I was trained to be. I want to try to keep the big picture; to believe that our nation’s social change is a natural thing that will soon enough be widely perceived as good and healthy. I want to patiently and persistently help reluctant Americans accept, adapt and adjust to the inevitable social changes within our society.

We won’t “change back;” we can’t. The movement forward is inexorable – even given these current set backs. And so in these troubled days I’m looking for non-anxious partners to hold the big picture with me; partners who will trust in and work for a future that will be big enough for all of us.

Here is an article by Harriet Lerner: “Coping With Countermoves” (When you challenge the old rules, anxiety rises like steam.)

Here is an article about how to be a “non-anxious presence.”

Charlotte Vaughan Coyle lives in Paris TX and blogs about intersections of faith, culture and politics on her website and Intersections Fa 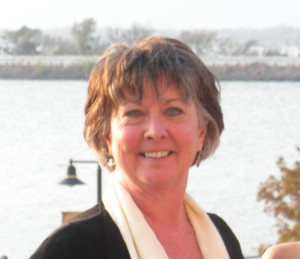