Some time ago, I blogged an apology to Conservatives, admitting we Liberals all too often do not live up to our stated ideals of tolerance, open mindedness and generosity. The push back was immense. Quite a few of my fellow Progressives disagreed and disagreed strongly; however, their conversation was civil and reasonable. However several other Liberal readers made my point for me: their comments were filled with childish name calling, profanity, and ridicule.

More than a few Conservative commenters thanked me for the blog since they have been blasted by some of this “progressive” regression simply by stating their opinions in cyberspace discussion threads.

Disagreement is not our problem.

In the face of an opposing viewpoint,  I’m forced to rethink and articulate my argument; this process makes me much smarter. So disagreements are not a problem. But insults are always a problem. We Progressives don’t like it when the name calling comes from the Right; so we absolutely ought to disavow it whenever it comes from the Left.

Such Liberal intolerance is counterproductive.

I read an intriguing op-ed by playwright and lawyer Wajahat Ali in which he asks where he and his fellow Muslims fit into the current American political landscape.

Ali quotes Hussein Rashid, a professor of religion at Barnard College, who concedes that he’s a tad bitter about his political options.

“As a Muslim, I’d vote for Jesus, but the Republicans won’t let him in, and the Democrats don’t believe in him.”

Many American Muslims…support progressive policies, like affordable health care and a living wage. But privately, they adhere to traditional values, believe in God and think gay marriage is a sin, even though an increasing number support marriage equality…

American Muslims portray the gamut of beliefs and practices inherent within any typical cultural or religious group. 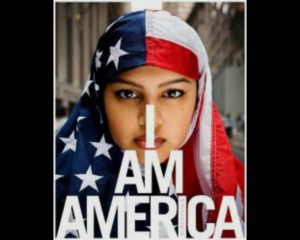 Like many of us, Muslims hold a variety of opinions about a range of issues. Like most of us, Muslims demonstrate how individuals can hold both progressive and traditional ideals within a healthy tension.

While our Muslim sisters and brothers are being profiled and threatened from this current administration and the Right, many of them who practice their faith with deep piety experience suspicion and disrespect from the Left.

Our Liberal narrow mindedness is counterproductive.

Vice President Pence was ridiculed unmercifully for his personal practice of avoiding private meetings with women. He and his wife made this commitment to each other when he entered politics and it has served him well. I daresay Bill Clinton would have benefited from such steadfastness – as would have John Edwards, Gary Hart, and too many other Liberal politicians to name.

Why in God’s green earth would any of us disdain this kind of integrity? Mike Pence has more than enough policy positions with which we can argue, confront and resist. How about we stand together against Pence’s policy positions? Stand where it matters? We Progressives ought to be choosing our battles more wisely.

Such Liberal disdain is counterproductive.

When millions of women marched in Washington D.C. the day after the inauguration, march organizers rescinded their invitation to one of the march sponsors: the New Wave Feminists. This is a group of women who oppose the anti-woman policies of the Trump Republicans; they also stand against abortion. “Pro-life feminist” rings like an oxymoron to many Progressives and so it must have made sense to march leaders to un-invite the group. 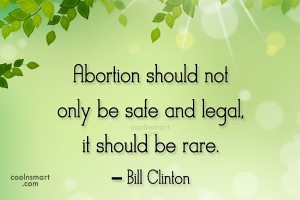 But an opinion piece in U.S. News and World Report points out the irony inherent in the exclusion of this organization:

The mission [of the Women’s March] decries the intolerance in the rhetoric throughout the past election cycle, yet they fail to see the intolerance in their actions. Instead of finding commonality with women of different perspectives the left has once again shown its intolerant hand: They are only tolerant of their own platform and politics…

Instead of celebrating differences and the right to express those differences, progressive feminists would rather shut out women who don’t think like them.

The 2018 Women’s March was phenomenal, wonderful, exciting. But this particular issue has not yet been resolved. Can Progressives make room for pro-life Democrats?

If not, this doesn’t sound much like a “big tent” to me.

Such Liberal judgmentalism is counterproductive. 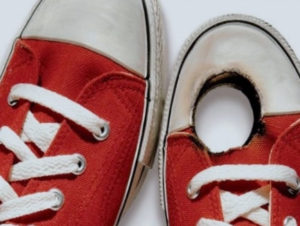 Intolerance, narrow mindedness, disdain, disgust, exclusivism and judgmentalism are not progressive values. American Progressives need much less finger pointing and much more soul searching. We’ve made plenty of political blunders and it’s high time we own up to our mistakes so that we can correct them and move forward.

And as Wajahat Ali commented:

One positive thing emerging from this political moment is that our respective communities are forced to confront issues…that have always existed but have been hidden under toothless slogans promoting progress. Now we have to actually do the hard work to achieve it.

It is hard work indeed. Let’s keep our focus on the real work at hand and get to it. Come on, Grown Ups. Step up.