It wasn’t until I was in seminary twenty years ago that I learned about our American civil religion. Like a fish that doesn’t know it’s in water, I had never seen all the ways our American patriotism has morphed into religious-like beliefs and behaviors. Now that I see it, I see it everywhere.

The concept of “civil religion” describes how a society marks as “sacred” some of its beliefs, symbols and rituals. 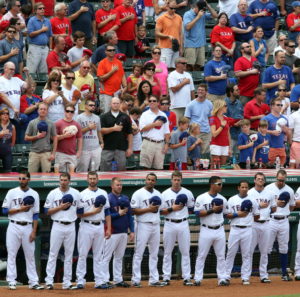 It explains why we place our hands over our hearts, remove our hats and stand in reverence in the presence of our red white and blue sacred symbol and our holy hymns.

Civil religion explains why it is so important to us to determine who belongs; who is in and who is out. Like within the three Abrahamic religions, there are eternal discussions about what it means to belong; what it means to be a “real” Christian, Jew or Muslim. Within these religions, there have always been differences of interpretation; some literalist and exclusivist, others non-literal and more inclusive. Those same challenges have also existed within the American civil religion since our earliest days.

President Obama, in the tradition of President Lincoln, widened the circle of belonging in America. Presidential, prophetic “sermons” calling for equality, equity and grace sometimes called us to repentance and sometimes challenged us to live up to the lofty ideals of our own “religious” texts. The pushback was immense.

A recent essay by Benjamin Marcus and Murali Balaji looks at some of the ways the current president is reshaping our American civil religion.

In the early part of his administration, Trump promoted certain beliefs, behaviors, and communities of belonging, in an attempt to “reestablish” a so-called golden age when it was easier to define who was, and was not, American.

While his attempts to create in-groups and out-groups have reflected the particular way in which he tried to appeal to voters during his presidential candidacy, he follows a long-standing American tradition of imagining and sustaining an American civil religion based on beliefs, behavior, and belonging.

“Beliefs, behavior and belonging” represent classic religious values that have become woven deeply into the fabric of our American society. While the line can be porous between the categories of “sacred and secular” in discussions like this, when people defend their particular beliefs, behavior and belonging with religious zeal, when they consider those who hold different understandings as heretics, then I suspect they have crossed the line and have become zealots for their own rigid orthodoxy of American civil religion.

To be fair, I see tunnel vision fanaticism across the public and political spectrum these days. But, as a Christian minister, I especially loathe the unholy marriage of Christianity and American nationalism. 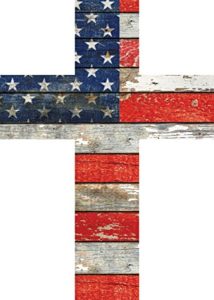 The recent surge of ethno-nationalist rhetoric is the manifestation of a civil religion that inextricably connects American exceptionalism with white, Christian communities committed to the expulsion of immigrants and the establishment of “law and order.”

Civil religion can relate to an experience grounded in certain communal identity markers, implicitly linked with geography, class, and race.

My own understanding of my Christian faith is that the authentic community of the Christ explicitly and intentionally transcends “geography, class and race.” The call of the Christ calls us into a communion that is so much larger than any of our small, human categories. A communion so large and wide, it even transcends any of the names we use to define us and divide us.

If Americans are going to continue the long-standing tradition of ascribing to a civil religion, then I recommend that our civil/sacred understandings of beliefs, behavior and belonging more accurately reflect the ideals of our civil/sacred texts.

We hold these truths to be self-evident, that all [people] are created equal, that they are endowed by their Creator with certain unalienable Rights, that among these are Life, Liberty and the pursuit of Happiness.