I was raised by conservative parents, shaped by fundamentalist churches and immersed in the worldview of the Right for the first 40 years of my life. My journey away from all that took a long time. Finding my way out of the bubble and exposing myself to people who saw the world very differently than I was a challenging and sometimes scary process. But I’m grateful. Both to be where I am today: living with much larger, more nuanced understandings AND to have gone through the process of questioning, growing, learning and changing.

I think of myself as bilingual. I can speak both Liberal and Conservative. 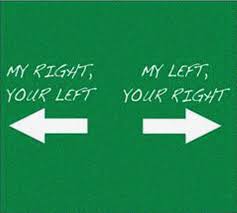 I’m one of countless humans who have made such journeys but it saddens me that many of my fellow Liberals seem to have forgotten their mother tongue. We are people who understand where Conservatives are coming from, not only because we have been there but also because many of our friends and family still live there. Our bilingual skills are desperately needed in these days of rancor and blame. We need to use our ability to understand their world and speak their language so that we can help build more bridges of communication.

Some years ago, I attended an ecumenical and interfaith retreat for seminary students from across Texas. Twice during each day of the retreat, we joined together in smaller groups for more personal conversation. We were assigned to one group that was designed to be intentionally diverse. The other group allowed us to self-select in order to be with people who came from similar backgrounds and shared our familiar ways of thinking and speaking.

Since I was still in my process, I existed in two worlds: Conservative Evangelical Christian and Liberal Mainline Christian. I self-selected for the Evangelical group and found myself serving as an interpreter and a buffer. These people were not arrogant or mean; rather they were thoughtful and good-hearted, and they were intentionally stretching themselves and pushing out of their bubble just by attending this ecumenical event. When they didn’t understand something our mainline friends or Catholic friends were saying, it wasn’t because they were stupid. It was because the concepts and the vocabulary were simply out of the realm of their experience.

I did the best I could to translate and interpret for my Conservative friends but maybe my most important work was to testify to the integrity and intent of my Liberal friends.

When I returned to my new world with my Liberal colleagues, I was surprised that I had to play the role of translator again. These folks were equally confounded by a worldview that was alien to them. These folks were also good-hearted and thoughtful. So I was especially disappointed that my open-minded, generous and tolerant liberal friends could be so intolerant and insulting. Once again, I was called to be witness: this time testifying to the integrity and intent of my Conservative friends.

Most of the people I know who have made a journey have moved from Conservative toward Liberal. But there are also plenty of people who have moved across the spectrum from Liberal toward Conservative. This orientation doesn’t have anything to do with our character or integrity; it has to do with the lens through which we see the world – and even how our brains are wired.

Our society is in desperate need of translators and interpreters. We need more bilingual people to be active in the public conversation, finding fresh ways to speak so others can hear. We need more optimistic people who believe in the basic goodness of humanity helping us break down barriers and build bridges.

Unfortunately, there are plenty of people who won’t want to join this bilingual effort. There are too many people who don’t want to listen or understand.

Those are not my conversation partners.

Instead, I’m on the search for conversation partners who want to keep questioning, growing, learning and changing. I’m convinced there are many. 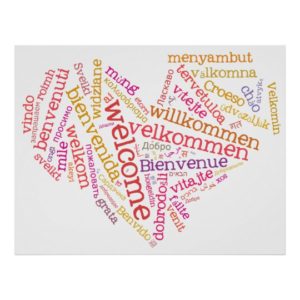 12 thoughts on “Bilingual: Speaking both Liberal and Conservative”