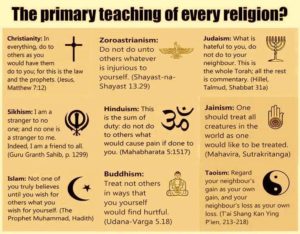 Nelson Mandela was one of those people.

July 2018 has been the 100th anniversary of Mandela’s birth and President Barack Obama delivered the annual lecture at the celebration in Johannesburg. It is a remarkable speech in honor of a remarkable man.

We know the story of Mandela’s thirty years in prison: his years of solitary confinement, of breaking stone with a pick axe in the heat of the day. We know how history reversed itself and saw him elected president of this nation that had once persecuted him. We know that he shepherded healing and reconciliation against impossible odds.

But my question is how? How was Nelson Mandela able to overcome the betrayals and bitterness of his past, move past them into healing and wholeness and life?

The only answer I come up with is the up-side-down power of the Golden Rule. The mysterious energy of love.

When he got out of prison, he extended a hand to those who had jailed him, because he knew that they had to be a part of the democratic South Africa that he wanted to build. “To make peace with an enemy,” he wrote, “one must work with that enemy, and that enemy becomes one’s partner.”

Treating the other as we ourselves wish to be treated is a subversive act. We turn the tables on our adversaries and surprise them with respect.

Is this hard? Oh yeah. Immensely hard. Unimaginably difficult. But it is only this power of grace and generosity that has the real, authentic and lasting power to overcome greed and hatred.

Like rocks in a stream, shaped into smooth, sculpted pieces of art, the hard, sharp ways of an enemy can be softened into something beautiful.

Life water on rock, the forces of love can move mountains.

It seemed as if the forces of progress were on the march, that they were inexorable. Each step he took, you felt this is the moment when the old structures of violence and repression and ancient hatreds that had so long stunted people’s lives and confined the human spirit – that all that was crumbling before our eyes.

And then as Madiba guided this nation through negotiation painstakingly, reconciliation, its first fair and free elections; as we all witnessed the grace and the generosity with which he embraced former enemies, the wisdom for him to step away from power once he felt his job was complete, we understood it was not just the subjugated, the oppressed who were being freed from the shackles of the past. The subjugator was being offered a gift, being given a chance to see in a new way, being given a chance to participate in the work of building a better world.

Mr. Obama’s speech was not all joy; he reminded us of the current challenges here in America and around the world. They are legion.

Strongman politics ridicule servant leadership. Tribal mentalities resist inclusion of anyone who is perceived as “other.” Fear rises to meet the fearmongering of manipulative con men. Trust is invested in walls and arsenals while distrust divides friends and families. Democracy has taken a detour.

But Nelson Mandela reminds us: there is another way.

Even in the dismal darkness of our past and the confusing fog of our present, there cont 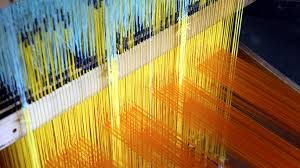 inues to be a golden thread woven throughout our human story. Whenever people choose the alternative vision of love, grace and compassion, that golden thread becomes more powerful and more brilliant.

Whenever people choose to weave our human story with the golden thread of love, we help craft a better world.