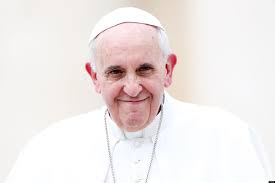 But I’m thinking it’s not really that the pope is too political; rather it’s that his critics don’t like his politics.  These are people who reject a political system that protects the poor, works for justice, reverses discrimination, challenges abuse and rejects violence.

I’m thinking the critics who suggest the Pope’s advocacy is too political need to get their Bibles out and read the stories of Jesus again.

And I’m thinking those of us who call ourselves Christians, those of us who seek to follow in the way of the Christ would also do well to read the stories of Jesus over and over again.

To read again how Jesus challenged the institutional and political structures that perverted justice and devoured the poor.

To see again how Jesus condemned the abuse and misuse of the least and the lost; how he contradicted the status quo of privilege and exclusion.

To watch again how Jesus was criticized, demonized, ridiculed and dismissed.

To remember again how Jesus took up his cross and walked right into the worst violence the world could conjure.

And to hear again his call to take up our own cross and follow; to die to ourselves and follow him.

This is not politics as usual.

This is not conventional wisdom.

In the New Testament book of James, James says there is a kind of wisdom that is from the earth, from the world, from our natural, human inclinations. James even calls this kind of wisdom “demonic.” (James 3).

Do you remember the gospel story when Peter confessed Jesus to be the Messiah, the Christ? How Jesus applauded him and affirmed his understanding? But then when Jesus explained what it actually means to be Messiah; that the Promised One would suffer, be rejected and crucified, Peter rebelled and rebuked Jesus.

Do you remember Jesus’ startling response to Peter? “Get behind me, Satan! For you are setting your mind not on divine things but on human things.” (Mark 8)

Get back, Peter. Get back to where you belong: behind me, following my lead, walking in my way.

Peter’s understanding was a misunderstanding cultivated in the conventional wisdom of the world. This understanding says: save your life, protect your reputation, don’t rock the boat, preserve the peace – even though it is only an illusion of peace that will surely lull us into listlessness.

But the way of the Christ follows the upside down, inside out wisdom from above. The wisdom of our better angels. The wisdom of self-giving. This wisdom leads us to risk and suffer and serve and die. Living according to this wisdom is the only way to truly live.

I take this opportunity to thank all those, of whatever religion, who have sought to serve the God of peace by building cities of brotherly love, by caring for our neighbors in need, by defending the dignity of God’s gift of life in all its stages, by defending the cause of the poor and the immigrant.

All too often, those most in need of our help are unable to be heard. You are their voice, and many of you have faithfully made their cry heard. In this witness, which frequently encounters powerful resistance, you remind American democracy of the ideals for which it was founded, and that society is weakened whenever and wherever injustice prevails.

I would also say the witness of the Church is weakened whenever and wherever injustice prevails and Christians remain silent. There is a clamorous, negative and critical voice in our public conversation these days; a sound of noisy gongs and clanging cymbals.

Pope Francis shows us how a loving, humble, peaceable, joyful voice can at the same time speak boldly, unflinchingly, unceasingly on behalf of those who suffer all sorts of inhumanity and injustice. 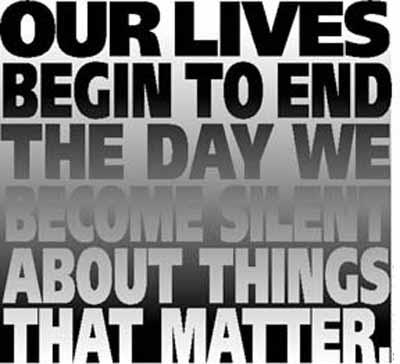 Church Women United is a racially, culturally, theologically inclusive ecumenical women’s movement. Since 1941, Church Women United has worked toward being an advocate and guide for those who have been deprived of their human rights. Through study, activism, and outreach, CWU units have become more knowledgeable of the persecution and fear that humans suffer around the world and at home. This knowledge has made CWU members more sensitive to the needs of the oppressed. Although we may seem powerless as individuals, the path to achieving human rights for everyone usually starts with the work of a single person.

At Human Rights Celebrations held over the past decade, CWU units have recognized those who go the extra mile in defending the rights and freedoms of individuals. Let us celebrate these peacemakers who serve as examples to each of us. The recipients of this year’s Human Rights award in Paris and Lamar County award are Rev. Glynn and Rona Vickers. They are honored for a lifetime of sharing God’s love in churches and in the communities they have served.

CWU responds to the legalization of gay marriage

James 3:13-17  “Are any of you wise and understanding? Show that your actions are good with a humble lifestyle that comes from wisdom. However, if you have bitter jealousy and selfish ambition in your heart, then stop bragging and living in ways that deny the truth. This is not the wisdom that comes down from above. Instead, it is from the earth, natural and demonic. Wherever there is jealousy and selfish ambition, there is disorder and everything that is evil.

What of the wisdom from above? First, it is pure, and then peaceful, gentle, obedient, filled with mercy and good actions, fair, and genuine. Those who make peace sow the seeds of justice by their peaceful acts.”