Janie and Charlotte were best friends in college. They both grew up in the same fundamentalist denomination in the Bible Belt of Texas. They both remain Christian but have grown in different ways, Conservative to Liberal. Even so, they work hard to maintain their friendship while they discuss honestly their different perspectives on the important issues of our day. Here is some of their ongoing debate about the topic of religious liberty.

In our first conversation, Janie and Charlotte agreed that the First Amendment to the US Constitution establishes religious liberty, but then went back and forth on how to apply the multifaceted meaning of the Amendment: how to limit government from restricting people’s practice of religion (“free expression”) while disallowing government from establishing religion.

Does the right of religious people to advocate for our position extend to people in public office, exercising the duties of their office? Three examples: a) Ted Cruz, Mike Lee and others like them, who are granted legislative power by their constituents; b) Kim Davis, who refused to issue marriage licenses in Kentucky; c) Atlanta fire chief Kelvin Cochran, who lost his job because of a self-published book intended for a Christian audience, one small part of which argued against the legitimacy of same-sex marriage. I realize each of these cases is different and may require some fine needle-threading, but what’s your view of the general principle?

Yes indeed each of these cases is different. Very different. I’ll do my best.

That said – Mr. Cruz enjoys the same constitutional freedom you and I do to express his beliefs in the public conversation. My effort is to rally voters who disagree with him to vote him out of office and to encourage citizens to keep him under a microscope so that his theocratic tendencies will be exposed and thwarted. This is one way I use my freedom.

Agreed, and I respect that. I don’t believe the Senator’s tendencies are necessarily theocratic, but there’s a conversation for another time. 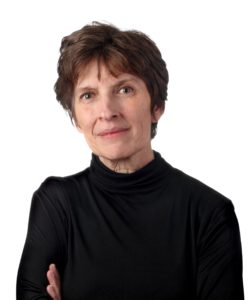 I understand this view, and Evangelical Christians have actually disagreed on it: some Christians who share Ms. Davis’s basic view of biblical sexuality argue that she was nonetheless duty-bound to perform her office. If I remember correctly, though, there were other clerks in the same courthouse who could have issued a license without any conscience qualms. The same-sex couple’s rights were not being infringed by one clerk’s refusal.

I have to wonder what I would have done in the same situation. I would have felt duty-bound to refuse; to say something like, “I’m truly sorry [and I would be!], but because of my convictions about what the Bible says about marriage, I can’t in good conscience issue this license to you folks. I apologize for the inconvenience, but Mrs. Jones over there would be happy to take care of you.”

Would I have the courage to do that, knowing it could cost me my job? I’d like to think so. But I would also like to think that, were I half of that same-sex couple, I could smile and say, “Okay, but times are changing—hope you catch up someday!” In other words, I wish we could bear with each other as fellow citizens, without continually resorting to the courts.

I have no doubt you would have handled this situation much more graciously, with much more integrity than Ms. Davis.

As I understand it, yes, there were other clerks in the office who would have been willing to issue marriage licenses, however Ms. Davis refused to let them. She forced her particular religious understanding upon the rest of the clerks and upon the citizens of her county. She put her religion above the law.

What is also sad to me about that whole Kim Davis rigmarole is the way her actions reflected so badly on each of us as Christians and on our shared Christian faith. Taking up the victim’s mantle, she missed an excellent opportunity to demonstrate Christian principles of humility and grace. Now, because of her example, countless secular people feel confirmed in their dislike and distrust of us religious people.

As we agreed in our first conversation, application of the First Amendment “is always the rub.” If I were the mayor of Atlanta, would I have fired such an exemplary city officer for his opinions published in a book designed for Bible study within a conservative Christian context? With only the information I have here, probably not. It looks to me like Atlanta’s move was more politically clumsy than unconstitutional.

One problem I see with the Cochran case is that, as an officer and core leader within the administration of the Mayor of Atlanta, he “serves at the pleasure…” This is a longstanding tradition that allows a mayor, governor, president to assemble a compatible team with shared perspectives and goals. If one of the mayor’s key leaders seems to have a significant difference of opinion about the equality and value of some of their citizens, then I can see the mayor’s concern. But then you and I don’t know the backstory (as is so often the case.)

True; no one ever knows the full backstory except those immediately involved. I’m going to try to argue from a principle, not a personality; just let me address what I see as a mistaken assumption. If you’re assuming Mr. Cochran “seems to have a significant difference of opinion about the equality and value” of gays and lesbians, I’m almost certain he would vehemently disagree. I’ve read summaries of extracts from his book and his theme is basic Christian doctrine, not sexual behavior. The offending chapter takes up six pages and three sentences mention homosexuality, among many sins that will separate men and women from God. It’s not the prevailing view right now that homosexual practice is a sin. I get that—but Mr. Cochran is arguing a theological perspective, not a social or political one. It’s not a question of equal or unequal, but saved or unsaved. If there were gay men on the squad I doubt he would have treated them differently, or even thought of them differently, except as sinners separated from God. As are we all, without Christ. I realize I’m putting thoughts in his head, but this view is pretty standard among the Evangelicals I know.

I see where you are coming from. After all, I too was raised with similar theological understandings. But as we have discussed before, I have changed my mind about sexuality. It’s been a long – but satisfying – journey for me. Let’s get back to that in another conversation.

Back to Mr. Cochran’s case:

Our nation established a court system in order to sort out this very kind of disagreement. The very fact that this case was filed in 2014 and is still in process supports my argument that the First Amendment is both profoundly brilliant and immensely complicated. Mr. Cochran has the freedom to argue his case and the City of Atlanta has the freedom to argue theirs. Then the Court decides. That’s how our system works.

I’m grateful for the freedom Mr. Cochran has to argue his case. The system as originally established is admirable; problem is, over time the system has become slow, cumbersome and cranky, not to mention expensive. It’s because we’re using the court to solve our ethical dilemmas for us, instead of working them out among ourselves. It seems Mr. Cochran had two options when he was fired: 1) shut up and find another job, or 2) fight it, not so much to be reinstated (because that wouldn’t happen anytime soon) as to establish a precedent for future cases.

There are probably other Americans—who knows how many—in a similar situation whose cases never came to public attention because they didn’t have the wherewithal to fight. It takes time, and money, and more time and money, and all the man wanted was to do his job. And teach a men’s Sunday school class at church with the aid of a book he wrote, which should, it seems to me, find protection under the First Amendment. Let’s imagine he were an atheist writing a blog on his own time, whose opinions offended some members of the city council. Should he be fired? As long as those views didn’t interfere with his job, or his relationship with coworkers, of course not.

Some time ago, I wrote a blog about Pastors and Politics. I confess that if I argue for the right of progressive Christians such as Martin Luther King Jr. and William Barber to advocate for positions using the mantle of their religious beliefs, then I have to concede the right of conservative religious folks to advocate for their positions in the public conversation. Sometimes the Courts decide where the line is. Sometimes the American people decide at the ballot box. That’s how our system works. First Amendment = Messy.

And it will get messier. I’m just wondering—is that the kind of society we really want? Always at each other’s throats because of our religious beliefs?

I don’t know. Our society has been pretty messy from the get-go. It’s really quite remarkable that the Founders were able to agree enough to produce the Constitution and Bill of Rights in the first place. That was a messy time indeed.

The Constitution of this infant nation was a brilliant creation, in part because it was written with room for this nation to grow. So now, all these years later, through adolescence and on to maturity, the people of the United States continue to deepen our understanding what it means to be “we the people … forming a more perfect union…” At the time these words were written, slaves were property and legally less than human, women could not vote or hold office and the Native Peoples were “savages” methodically driven from their ancient homes. America has been growing into its dream and attempting to live up to its ideals ever since our beginnings.

We humans have a long sad history of being at each other’s throats because of something or another. Besides the obvious human differences like color and gender, there are all these other cultural constructs like religion, nationality, ethnicity and class that give us excuse to keep each other at arm’s length instead of embracing our shared humanity. Our many differences don’t have to divide us; surely we can figure out how to tap into the strength of our diversity in order finally to become a “more perfect union.”

OK Janie, now I have a question for you: Why is it that some Evangelical Christians insist that homosexuality is only behavior and not part of the innate essence of some human beings? Why can’t they allow room for other people to be who they are and do what they do and live their lives in peace?

That’s really a theological question, and will take a few paragraphs (though, I promise, as few as possible!). I’ll get back to you soon on that . . . . 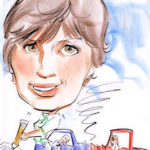 1 thought on “Janie and Charlotte on Religious Liberty #2”