I’m not a huge sports fan but I love the Olympics. The athletes amaze me: their passion, their precision, their discipline, their perseverance.

Every year there are heartwarming stories about various Olympians on their journey to the Games. I love the backstories. But this year some unique personal stories remind me how remarkable the human spirit can be.

Yusra was training as a swimmer in Syria when the war forced her and her family to flee their homeland. Like thousands of other desperate refugees, they launched themselves in an overloaded boat into the Mediterranean Sea hoping for safe passage and dreaming of a new life in a peaceful land.

Like too many other refugees, Yusra’s boat floundered, so this amazing young woman and her sister plunged into the dark water and pushed it three miles to the welcoming shore at Lesbos.

Now she is swimming in the Olympics for Germany, her new homeland.

There’s the story of Rafaela Silva. 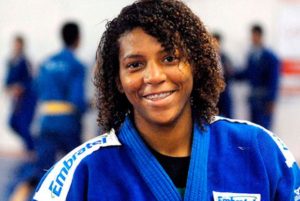 Rafaela was raised in the violent, notorious slum of Cidade de Deus in Rio de Janeiro; the infamous “City of God.” Her talent for judo provided a way out of the slums and, remarkably, she found herself training in England, favored to win a medal in the 2012 Olympics.

But when she lost, she was faced with another kind of violence. A vicious organized cyberspace gang attacked her mercilessly with racist hatred and demeaning slanders. Rafaela was devastated. But with help from a supportive community, she persevered and got back to her dream.

There’s the story of Ibtihaj Muhammad.

During this Olympic Games, Ms. Muhammad made history. She is the first American athlete to compete in the Olympics with a hijab which she wears to adhere to the tenets of her Muslim faith.

Ibtihaj is a New Jersey native and a three-time NCAA All-American fencer from Duke. “I feel like it’s a blessing to be able to represent so many people who don’t have voices, who don’t speak up,” she said. “It’s just been a really remarkable experience.”

Remarkable for her and for all her family and friends. Her brother, Qareeb, is especially proud. He was overcome with emotion when he watched her compete.

“It represents who she’s been her entire life. Ever since she was a little girl, she never let anything hold her back. She never set limits. She’s always striving to be the very best. Despite the adversity she’s faced: being a Muslim, being an African-American, being a female, she’s still confident in her ability to be successful. She’s my hero.”

These women are some of my new heroes as well. I love their amazing stories.

But I think what I love most is watching the community of the Olympic family. Despite the intense competition, a profound mutual respect weaves these international individuals into a close neighborhood.

These lessons from the Olympic family are lessons for the rest of us, the human family, as well. 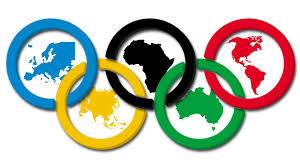 The Olympic symbol itself pictures the beautiful, practical interconnection of this vast global village in which our human family dwells.

Within our cities, states and nations – and across all national lines – we too can tap into the inherent value of our shared humanity in order to deepen our empathy and strengthen our passion to craft a community where we affirm and accept everyone as our neighbor.

2 thoughts on “Lessons Learned from Yusra, Rafaela and Ibtihaj”