A friend of mine cast her ballot in a metropolitan suburb in Texas and she remarked how “remarkable” was the mix of voters who stood in line with her.

I looked around me in awe at the diverse group of citizens there to cast their political opinions. Those with different colors and shades of skin and features, with varying faiths, from any number of occupations and education and economic situations, first time voters and life time voters, mothers with their children, adults honoring elderly parents; all smiling and chatting, all of us knowing that different votes would be cast by those around us. I was so proud to be under the same roof with these remarkable neighbors to exercise this incredible freedom! 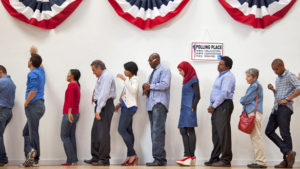 This is my experience as well. I am proud of this American diversity and grateful that our Founders created and crafted this experiment so that the American family could build on their vision. We have the ability to expand our shared reality far beyond what they ever could have imagined.

But I do believe they knew they were doing something Big and Beautiful and Courageous. They laid the groundwork for subsequent generations to follow their lead and continue to create and recreate an America that lived up to those big, beautiful, courageous ideals. They entrusted the promise to us, trusting us to make sure it would one day come true.

My friend told me about another encounter at her polling place. As she was leaving, she greeting an acquaintance who was helping her elderly mother back into the car. As the older woman settled herself into the front seat, she shook her head in disbelief: “Never in my life have I seen so many foreigners voting.” My friend’s good mood shifted as she was confronted with the other American reality.

“Look at us! Aren’t we remarkable!”

“Look at all those foreigners.”

We are Both-And, America. We are both courageous and afraid. We are uncomfortable with the rapid social changes and we are glad we keep growing and changing. We are fascinated by our vast diversity and afraid of our many differences. Our national schizophrenia is making us ill.

But I refuse to despair. I believe in this grand experiment called America. No matter what happens in the coming days and months, I refuse to believe we will ever go back to a monochrome, monophonic nation. We have come too far to ever go back. 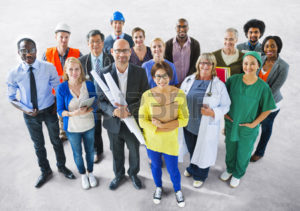 I believe in the goodness and generosity of the American people. I believe in our creativity and resilience. I believe in the panoramic, stereophonic, technicolor America that our Founders unwittingly launched into being all those years ago. And I believe there are millions and millions of us who share that big, beautiful, courageous vision.

We cannot let that vision die.

We will not let that vision go.

If this way of thinking rings true with you and you want to help in the healing of this remarkable American family, you may be interested in this article published by the Wall Street Journal: How to Get Beyond Our Tribal Politics  By Jonathan Haidt and Ravi Iyer